Stepping Back In Time

Oops!  We were going to go to the aircraft boneyard today but we were saved at the last minute from a big mistake.  Looking over the brochure in the campground office while we were waiting to get our FHU site, I noticed that the tours are given year round...Monday through Friday.  Fortunately I remembered that today was Saturday, thank goodness I checked the retirement day clock this morning.

We were able to get the exact site we wanted out of eight that came open.  We were third on the pick list and in no time were moved and set up.  This is a really nice campground and at $19/night, plus all the jet watching for free, we almost could not ask for anything better (except a hot tub).

So we Semper Gumby'd it and changed to go back in time, to Old Tucson Movie Studios. 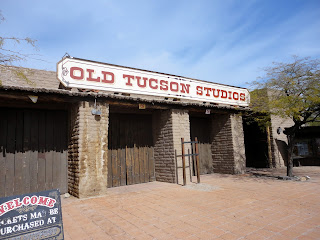 The drive out to the studios was amazing, with mountain vistas literally covered with all kinds of cacti, we wished we had brought some folding chairs so we could have stopped and sat in the chairs for hours just trying to soak in all the beauty. 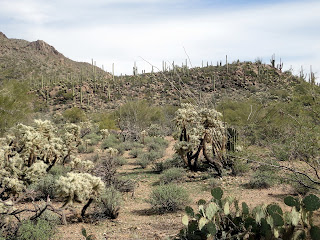 Old Tucson Studios is an old western town where literally hundreds of western movies and TV shows were filmed.  Walking the streets, we could just imagine seeing John Wayne, Clint Eastwood, Richard Boone, Chuck Conners, and the Cartwrights while the cameras were rolling. 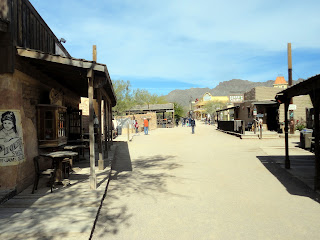 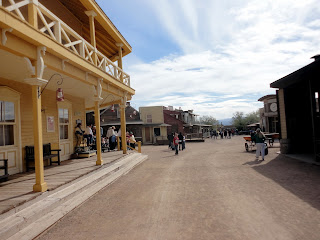 This is the set for the famous western, The Three Amigos, which starred Chevy Chase, Steve Martin and Martin Short. 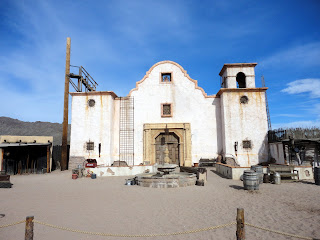 Someone could have made a fortune with a building like this in Quartzsite. 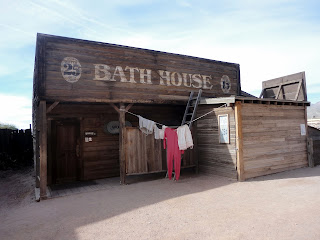 We found one building that we could visit to help our budget. 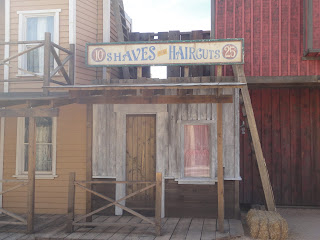 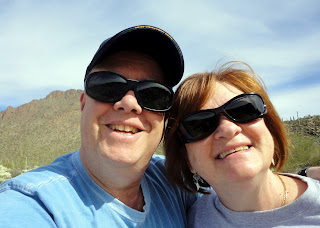 Posted by Paul and Marti Dahl at 9:59 PM