Back to the Air & Space Musuem

Okay, I gave y'all a historical break.  Now back to a great place to visit with your RV, easy to get to, easy to park even the largest RV and some really interesting things to see.

On to the World War II planes.  You walk into the main hall and right before your eyes are these two beautifully restored planes. 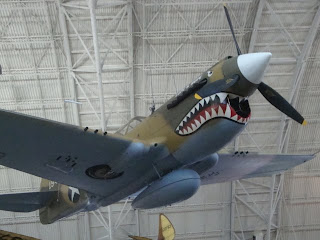 A Vought Corsair used by the Navy and Marines, the wings were "bent" to allow clearance for the huge propeller. 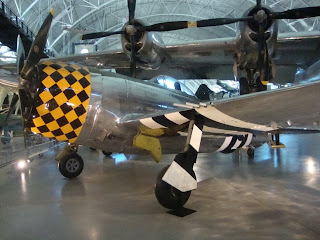 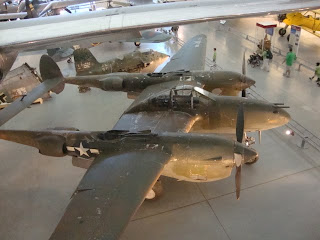 What kind of plane is this? 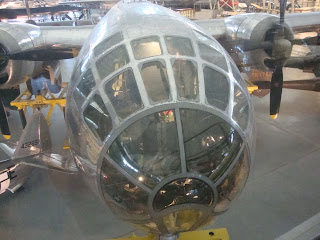 It has four huge engines and propellers. 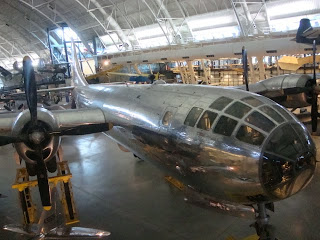 Any ideas yet?  It is probably the most historical plane in the entire museum.
This picture will tell what it is. 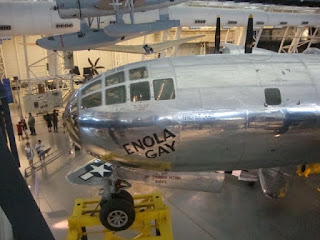 It is the "Enola Gay",  the B-29 Superfortress that dropped the first Atomic Bomb in World War II.  This plane has a special meaning to me. 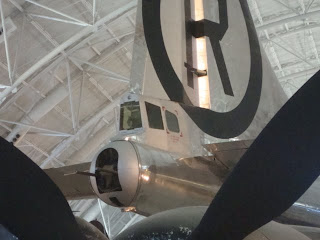 This is the tail gunner's position.  The crewman that manned this position on the Enola Gay was a young man named Robert "Bob" Caron.  He happend to be my father's next door neighbor back on Long Island.  My dad was a 24 year old B-29 ground crewman stationed on the island of Saipan and came over to the nearby island of Tinian to visit Bob Caron shortly after the war ended and before any of the planes and troops went home.  My dad went up on a training flight with Bob Caron and actually rode in this position on the Enola Gay.  We have a picture of Bob Caron and my dad together after the flight.  An even better picture of the two of them standing in front of the Enola Gay is in Bob Caron's autobiography  "Fire of A Thousand Suns".  We have the picture but due to copyright restrictions I can't publish it. :c(
I took my dad to see the Enola Gay a couple of years ago and he was thrilled to see it , a part of his life that he hadn't seen in over 65 years.  I get a thrill too, every time I see this plane.
There are many more  WWII planes to see, but I'll leave them for your visit.  Next post will be planes of the Cold War era.
Now before I totally lose my lady readers (and to please my lovely wife), here is a "Two-Fer".
A picture of a bird AND a flower.  Enjoy! ;c) 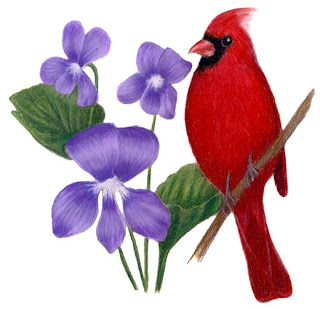