I felt my eyes glaze over.  It was almost a fate worse than death.  Clothes shopping!  The grand daughters need new clothes for school and Marti and daughter-in-law Amber were taking them to the nearby Outlet Mall.

I saw the opening, I reached out and grabbed it.  "How about you girls go without me and I'll go to a museum?"  I asked, knowing how much Marti "loves" museums, almost as much as I love clothes shopping.  Marti said "Okay" and I was off the hook. :c)

I went to the Columbia River Maritime Museum and visited an old friend. 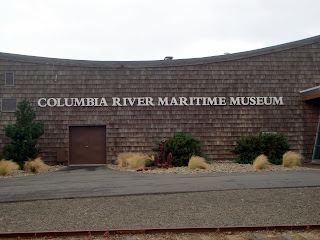 I had to see this exhibit. 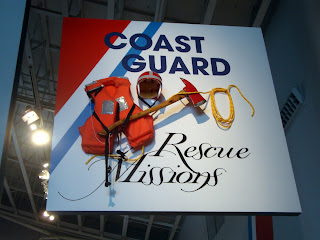 This 36 foot motor lifeboat was of the era of "Wooden Ships and Iron Men".  In case you're wondering, I never sailed on these boats, they were out of service before I joined the Coast Guard. 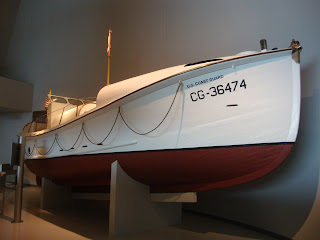 This is the old friend I came to visit, the 44 foot motor lifeboat.  I served on one of these back in 1983.
It is nice to see it preserved in a fitting tribute, all these boats have left service with the Coast Guard after decades of use and thousands of rescue missions. 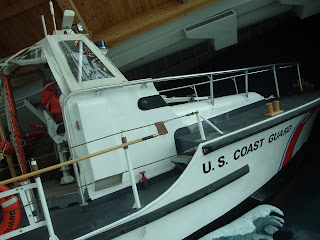 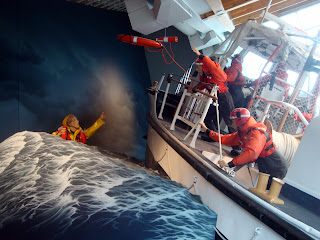 A beautiful painting of the decommissioned Coast Guard Cutter COWSLIP hangs on one of the museum's walls .  It was a 180 foot long buoy tender that maintained navigational aids in the Columbia River area for many years. 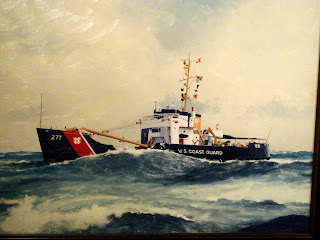 This is a painting of the COWSLIP's mascot. 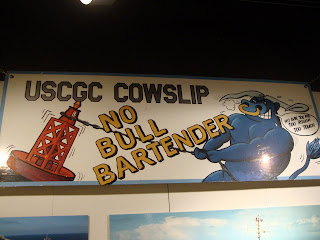 The Coast Guard Cutter FIR is a 225 foot long buoy tender that replaced the COWSLIP in 2003. 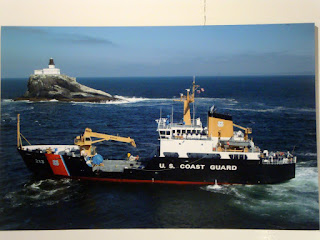 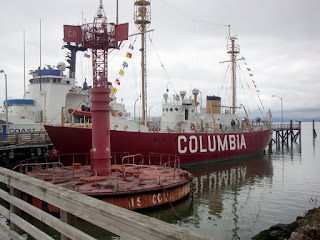 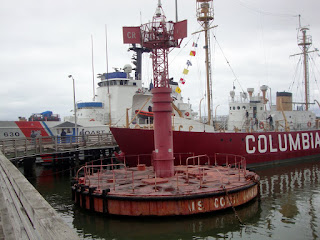 The views of the Astoria waterfront are beautiful, the pilings are all that remain of the many salmon canneries that used to line the shore. 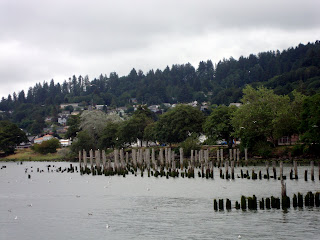 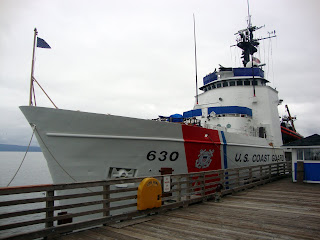 At one time or another during my career, I've been on or sailed on each of these types of vessels.  Here is one vessel I never have been on and hope never to be on. 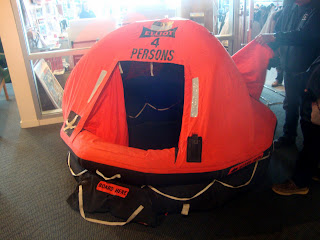 When I got home, the girls had already finished shopping and Marti was doing a craft with Kierra and Taylor.  We all had a good day in Oregon. 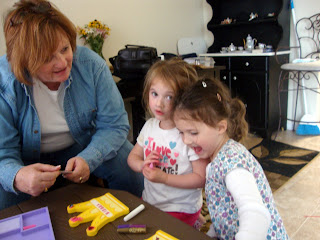