Washington was a Tent Camper

At the Visitor Center in the Yorktown Battlefield National Park, there are some interesting artifacts on display.  One is the Lafayette Cannon. 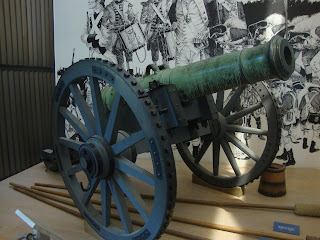 It was a British Army cannon that was damaged irreparably by a lucky shot by an American gun, leaving a deep dent in the barrel. 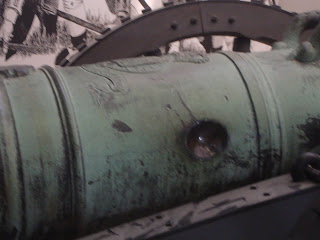 The Marquis de Lafayette was a French officer who was on Washington's staff and became his good friend. Lafayette visited the Yorktown Battlefield many years after the war and saw the cannon.  He remembered the cannon, having seen it right after the battle ended.  He threw his arms around it and called it his "Old Friend".  It was named after him.
Also on display are Washington's personnel tents that he used during the battle.  This one was his sleeping tent. 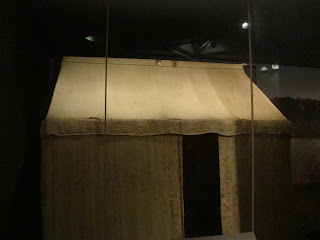 The second tent was his working office. 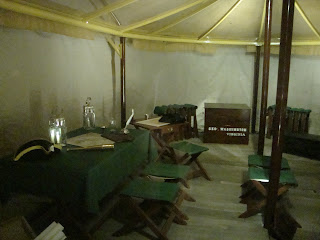 I think the folding chairs made watching entire baseball games on the large screen TV somewhat uncomfortable.  So far, National Park Service archaeologists have been unable to locate the TV.  The tents, however, became family heirlooms and were passed down through the years from relative to relative.
To celebrate the 100th anniversary of the battle, the Victory Monument was erected on the battlefield grounds. 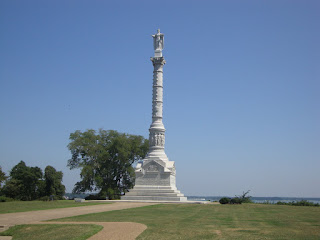 The column has many beautiful carvings decorating it. 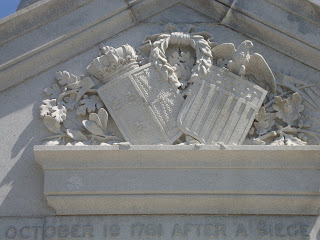 Unfortunately, the grounds of the battlefield did not remain at peace and 82 years later, another bloody battle was fought here, during the Civil War.  Trenches were dug near the original trenches by Union soldiers, while Confederate soldiers utilized fortifications built by the British Army. 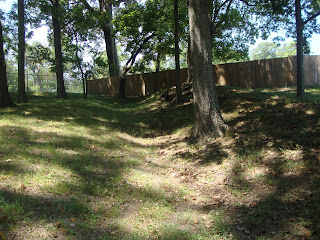 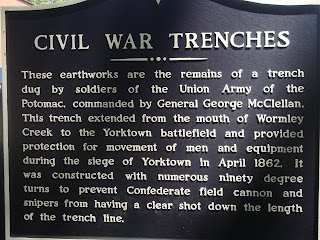 Sadly, some of the soldiers never went home.  A cemetery containing the remains of hundreds of Union soldiers, many unidentified, is now part of the battlefield. 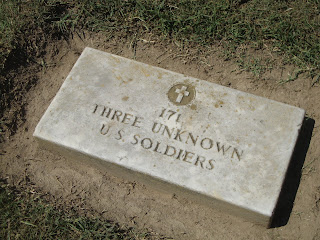 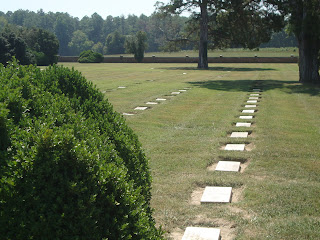 The Yorktown Battlefield National Park Visitor Center has a large parking lot that RVs can easily fit in.  However, to see the large area the battlefield covers, it is recommended to use a toad, tow vehicle or if you choose, a bicycle.  Some of the roads are narrow and twisty.   As you explore the battlefield, keep your eyes pealed, who knows, you might discover the missing large screen TV. ;c)
Thanks for visiting and please feel free to leave a comment.